Are you experiencing pain on the outside portion of the elbow? Perhaps twisting the cap off a bottle is painful, or the muscle in your forearm feels tight and tense. It could be tennis elbow. And, no, you don’t have to be a tennis player to develop tennis elbow.
‍
Tennis elbow is irritation or inflammation of the connective tissues between the forearm and the elbow. A variation of tennis elbow is golfer’s elbow, which oppositely effects the inside portion of the elbow. These conditions develop through the repetitive motion of certain sports, but can also effect non-athletes whose occupations involve simply holding things with a tight grip for long periods of time.

Tenderness on the outside portion of elbow when picking up objects

Morning stiffness in the elbow when bending or straightening

Soreness of the forearm muscles throughout the day 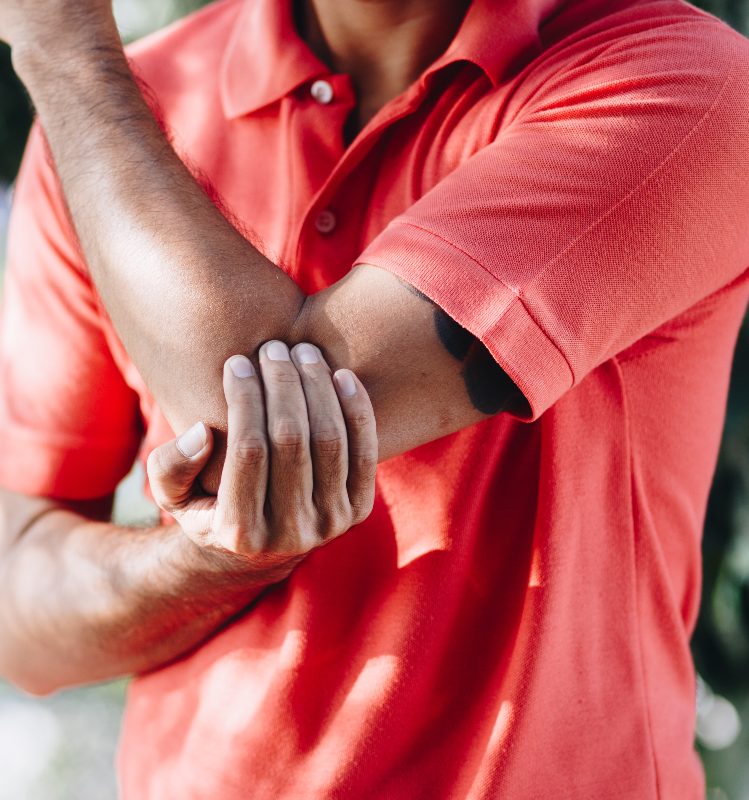 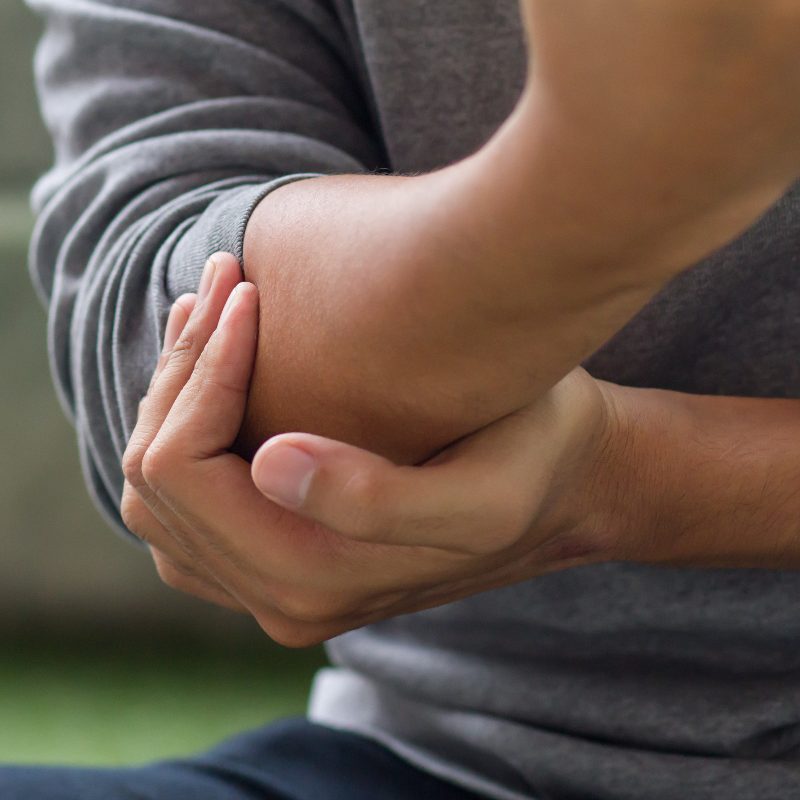 Who gets Tennis Elbow?

Everyone has muscles on the outside portion of their arms that insert to the radial head. Sometimes those muscles can become tight and stiff, and begin to pull from the bone resulting in a condition called lateral epicondylitis, or more commonly known as tennis elbow. Anyone who plays a sport or has a job that requires a tight grip combined with a repetitive motion, or holding the forearm in a flexed position for a long period of time, has the potential to develop tennis elbow.

Weightlifters doing heavy pull-ups or using too tight a grip

Manual laborers, such as lumber and concrete workers

With a transcutaneous electrical nerve stimulation, or TENS unit, we’ll be able to relax your muscles and reduce inflammation in the area.

Cupping techniques help us create movement through the fascia and muscles which will loosen the affected area and reduce pain.

Your chiropractor can adjust or manipulate your elbow (radial head) back into alignment to relieve pain and pressure associated with tennis elbow.

How can adjustments and lifestyle changes help?

The first step to getting back to your sport or job is to get out of pain by reducing inflammation.

Simple shifts in techniques can help disengage certain muscles during workouts and play, helping to alleviate your tennis elbow pain.

From being a top performer at work to an MVP on the field, chiropractic techniques can help you do your best.